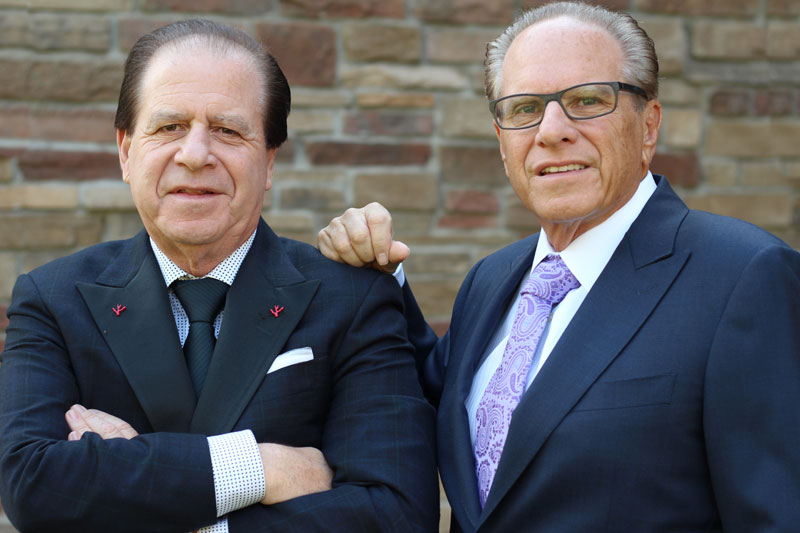 Co-owners and brothers Greg and Marc Sherry will be the first to admit that not much has changed at the iconic Old Homestead Steakhouse since it became the family business about 70 years ago – when paternal grandfather Harry Sherry purchased the establishment after starting out as a dishwasher at the nearly century and a half old restaurant.

“Why change something that has worked for 150 years?” reasons Greg Sherry, adding, “Patrons come here for one reason – mammoth cuts of the highest quality USDA prime dry-aged beef. They know they’re getting quantity and quality.”

Greg and brother Marc – although both holding degrees in the restaurant and hospitality industry – received their education and learned every aspect of the business from grandfather Harry. And like their granddad, they started from the ground up as dishwashers, busboys and food prep assistants before elevating to chefs and servers.

Like Harry Sherry, Greg and Marc have been pioneers in many industry firsts. Always on the cutting edge to introduce new experiences to their patrons, they worked closely with the U.S. Department of Agriculture, the USDA’s Japanese counterpart, and Japanese beef producers, processing plants and distributors, to bring imported Kobe beef to the U.S. Their efforts assisted Japanese beef producers in meeting USDA standards, which resulted in the USDA lifting the ban on importing Kobe beef. Their relationships in Japan resulted in Greg gaining access to Prized Wagyu sold only at special auctions in Japan. He became the only foreign restaurateur or meat purveyor permitted to participate at these exclusive auctions – bringing Old Homestead patrons Prized Wagyu – the most decadent, expensive and exquisite beef on the planet!

Marc says that the Sherry family has been very protective of its brand, which is why they have spurned several business offers to franchise Old Homestead. However, says Marc, when the right opportunity presents itself, the Sherry’s listen. Such was the case when they collaborated with two other iconic brands – opening Old Homestead Steakhouse outposts at Borgata Hotel Casino & Spa in Atlantic City, NJ (named Atlantic City’s “Top Restaurant” by Zagat’s from 2012-16) and at Caesars Palace in Las Vegas.

Originally from Brooklyn and the sons of a homemaker and big-band orchestra leader, Greg and Marc have never forgotten their roots and upbringing. They are contributors to numerous charitable organizations that assist school children, families and chronically ill stricken individuals.

Save & Close
Go to Top