Show on the National Geographic Channel

Show on the National Geographic Channel 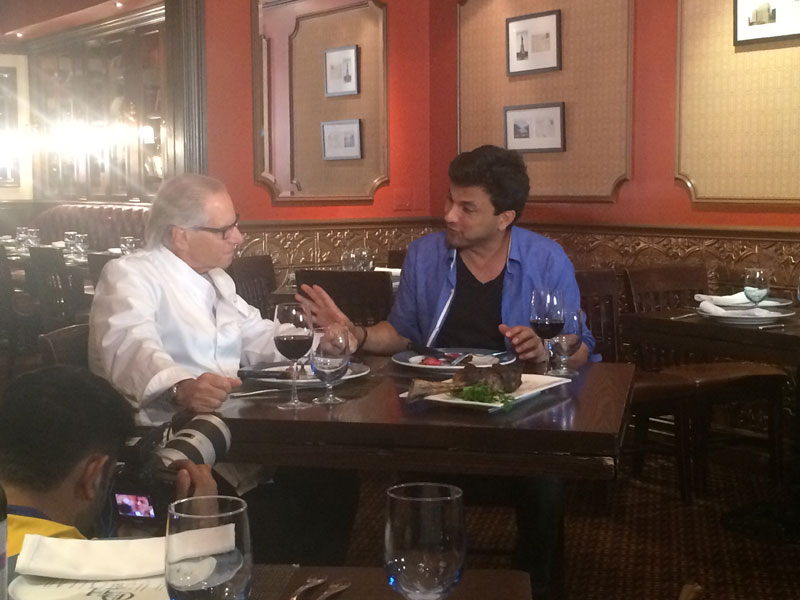 Owner Greg Sherry and Old Homestead Steakhouse will be featured on a food show on the National Geographic Channel hosted by award winning Michelin starred Indian chef Vikas Khanna. After the shoot, the two shared recipes and trade secrets – which we can’t divulge otherwise they wouldn’t be secrets! BTW, he love the dry-aged sirloin and Japanese imported prized Wagyu beef, which Greg Sherry purchases exclusively at auctions in Japan (he is the only non-Japanese food purveyor allowed to participate at these auctions by special arrangement between the producers and various agencies and organizations). Chef Vikas is New York based, but often travels back home to India. He owns a restaurateur in Manhattan and is the author of cookbooks and a filmmaker, humanitarian and the judge of MasterChef India Season 2, 3, 4, 5 and Masterchef Junior.